It should be clear that Pakistan, though a deeply troubled state, is also a tough one; and that, barring catastrophic decisions in Washington, New Delhi-and of course Islamabad-it is likely to survive as a country. In the long run, the greatest threat to Pakistan’s existence is not insurgency, but ecological change. However, Pakistan’ s farmers are also tough and adaptable, and while some areas like the Quetta valley are likely soon to suffer disastrous water shortages in the country, drought will take several decades to become truly catastrophic. Floods, though devastating in the short term, can also be controlled and harnessed given determination, organization and money. This allows time for human action to ameliorate the impending crisis, if the West, China and of course Pakistan itself have the will to take this action.

Featured image: The aftermath of a suicide attack by the Pakistan Taliban on the Lahore High Court, 10 January 2008

The rest of the world should work hard to help Pakistan, because, long after Western forces have left Afghanistan, Pakistan’s survival will remain a vital Western and Chinese interest. This should encourage cooperation between Beijing and Washington to ensure Pakistan’s survival. By contrast, a Sino-US struggle for control over Pakistan should be avoided at all costs, as this would add enormously to Pakistan’s destabilization.

In the short term, of course, Western policy towards Pakistan will be shaped by developments in Afghanistan, but this policy should not be dictated by those developments. For Pakistan is in the end a great deal more important and potentially dangerous than Afghanistan. Whatever strategy the US ends up adopting in Afghanistan, Pakistan will be critical to its success. Quite apart from Islamabad’s strategic calculations, this is made inevitable by the fact that more than half of the Pathan ethnicity lives in Pakistan, while maintaining a strong interest in what happens to the Pathans on the other side of the Durand Line.

Whatever happens, Pakistan will therefore insist both that Pathans are strongly represented in any Afghan regime, and that Islamabad has a share of influence in Afghanistan, at least to the point where other countries-meaning above all India-cannot use Afghanistan as a base from which to threaten Pakistan.

No conceivable short-term gains in the Western campaign in Afghanistan or the ‘war on terror’ could compensate for the vastly increased threats to the region and the world that would stem from Pakistan’s collapse, and for disasters that would result for Pakistan’s own peoples. Though many Indians may not see it this way, the collapse of Pakistan would also be disastrous for India, generating chaos that would destabilize the entire region. Western and Indian strategy towards Afghanistan and Pakistan should therefore be devised with this fact firmly in mind.

This would include recognition, at least in private, that it has above all been the US-led campaign in Afghanistan which has been responsible for increasing Islamist insurgency and terrorism in Pakistan since 2001. By this I do not mean to advocate a humiliating US and British scuttle from Afghanistan, nor to suggest that a Western withdrawal from Afghanistan would end the extremist threat to Pakistan, a threat which has long since developed a life of its own. Nonetheless, concern for the effects of the US military presence in Afghanistan on the situation in Pakistan is one of the strongest arguments for bringing that presence to an end as soon as this can honourably be achieved, and against conducting more wars against Muslim states under any circumstances whatsoever.
This also implies that the US should observe restraint in its pressure on Pakistan. Drone attacks on Pakistan’s tribal areas have killed many Taliban and Al-Qaeda leaders, but they have not noticeably impaired the Afghan Taliban’s ability to go on fighting effectively, while causing outrage among Pakistanis–especially because of the very large numbers of women and children who have been killed by the attacks. The US Ambassador to Pakistan, Anne Patterson, discussed the risks of the drone strategy in a cable sent to the State Department in 2009 and revealed by Wikileaks. She acknowledged that drones had killed ten out twenty known top Al Qaeda leaders in the region, but stated that they could not entirely eliminate the Al Qaeda leadership and, in the meantime:

Increased unilateral operations in these areas risk destabilizing the Pakistan state, alienating both the civilian government and military leadership, and provoking a broader governance crisis within Pakistan without finally achieving the goal [of eliminating the Al Qaeda and Taliban leadership].

The well substantiated belief that–despite official denials–the Pakistan high command and government have provided information to the US in return for strikes against Pakistan Taleban leaders has also been confirmed by WikiLeaks. As Prime Minister Yusuf Raza Gilani told US officials in August 2008,

‘I don’t care if they do it as long as they get the right people. We’ll protest in the National Assembly, then ignore it.’

Pakistani acquiescence in the drone strikes, however, damaged the prestige of the military in society and the morale of ordinary soldiers, and encouraged the perception of the military as a ‘force for hire’. There should therefore be no question of extending the attacks to new areas of Balochistan or Khyber-Pakhtunkhwa, which would further enrage local society, spread the Pakistani Taliban insurgency to new areas, and reduce existing Pakistani cooperation with the US.

Even more dangerous is the presence of US special forces on the ground in Pakistan. Reports of this in Pakistan are greatly exaggerated. According to the US Embassy cables released by Wikileaks, as of October 2009 only sixteen such soldiers were deployed in Pakistan, to two Pakistani military bases in north and south Waziristan. While they are doing some useful work against the Taliban, they are also potential hostages to fortune, and likely to provoke mass anger at their presence in the population and the military.

Above all, there must be no open intervention of US ground forces in FATA, as this risks outright mutiny in the Pakistani army. This restraint should be observed even if the US comes under new terrorist attack. Britain should use whatever influence it possesses in Washington to oppose any such interventions, which could have the most disastrous effects on both terrorism and ethnic relations within Britain itself.

Pakistan’s links to the Afghan Taliban, hitherto seen in the West overwhelmingly as a problem, should also be seen potentially a critical asset in the search for an exit from Afghanistan. We might as well try to use Pakistan in this way, since, as the US embassy in Islamabad reported gloomily but accurately in September 2010:

There is no chance that Pakistan will view enhanced (US) assistance levels in any field as sufficient compensation for abandoning support to these groups (i.e. the Afghan Taliban and their allies) which it sees as an important part of its national security apparatus against India. The only way to achieve a cessation of such support is to change the Pakistani government’s perception of its security requirements.

The US and other Western countries fighting in Afghanistan should use Pakistan as an intermediary to initiate talks with the Taliban in the hope of eventually reaching a settlement, if, as seems highly probable, the attempt to defeat the Taliban by force does not succeed. Because of its links with the Taliban, Pakistan will have to play a key role in bringing about such negotiations. In 2010 the Obama administration began to move towards the idea of talks, but still seemed very far away from a recognition of what such talks would really entail. In the words of a senior Pakistani diplomat:

The US needs to be negotiating with the Taleban, those Taleban with no links to al-Qaida. We need a power-sharing agreement in Afghanistan and it will have to be negotiated with all parties . . . The Afghan government is already talking to all the stakeholders, the Taleban, the Haqqani network, Gulbuddin Hekmatyar, and Mullah Omar. The Americans have been setting ridiculous preconditions for talks. You can’t lay down such conditions when you are losing.

Such a Western strategy should also stem from a recognition that Pakistan’s goals in Afghanistan are in part legitimate–even if the means by which they have been sought have not been–and this legitimacy needs to be recognised by the West. The US and EU should work hard to try to reconcile legitimate Pakistani goals in Afghanistan with those of India, and to draw other regional states into a consensus on how to limit the Afghan conflict. China, close to Pakistan and fearful of Islamist extremism, could be a key player in this regard.

The US needs to continue to limit Indian involvement in Afghanistan if it is to have any hope of a long-term cooperative relationship with Pakistan. The West also needs to seek a peaceful solution to the Kashmir dispute, despite all the immense obstacles in both Pakistan and India. As Ambassador Patterson told her government:

Most importantly, it is the perception of India as the primary threat to the Pakistani state that colours its perceptions of the conflict in Afghanistan and Pakistan’s security needs. The Pakistani establishment fears that a pro-Indian government in Afghanistan would allow India to operate a proxy war against Pakistan from its territory . . . Increased Indian investment in, trade with, and development support to the Afghan government, which the USG (US Government) has encouraged, causes, Pakistan to embrace Taleban groups as anti-India allies. We need to reassess Indian involvement in Afghanistan and our own policies towards India . . .Resolving the Kashmir dispute would dramatically improve the situation.

The overall question of the future of US-Indian relations is far too broad to be discussed here. What can be said is that a balance needs be struck between the economic and security benefits to the West of closer ties to India and the security threats to the West stemming from a growth of Islamist militancy in Pakistan. In the end, not even the greatest imaginable benefits of the US-Indian friendship could compensate for the actual collapse of Pakistan, with all the frightful dangers this would create not just for the West but for India too.

We should also not dream-as US neoconservatives are apt to do–that India can somehow be used by the US to control Pakistani behaviour. The truth, outlined by Ambassador Patterson, is exactly the opposite.

Only Pakistanis can control Pakistan, and the behaviour of the Pakistani security establishment will always be determined by what they see as the vital needs of Pakistan and the Pakistani army.

A new approach to Pakistan over the future of Afghanistan should therefore be part of a much deeper long-term engagement with Pakistan by the West in general, and one tied not to the temporary war in Afghanistan but to the permanent importance of Pakistan as a state. This is crucial for Britain, whose large minority of Pakistani origin retains extremely close ties with Pakistan and forms an enduring organic link between the two countries, and, through Britain to Europe and North America.

Whatever happens, this human link is not going to go away. To help make it a force for good rather than a danger, the west needs to develop a much deeper knowledge of Pakistan, a much deeper stake in Pakistan, and a much more generous attitude to helping Pakistan. I hope that by showing Pakistan in all its complex patchwork of light and shadow, this book will help bring about such a new approach. 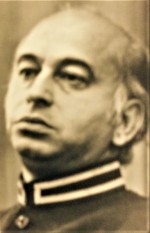 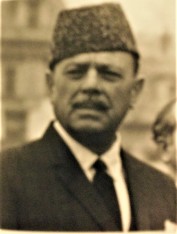